A long way from Office 365 enterprise- Penman talks the evolution of Web Coding and recent 'CodeClubs' to be implemented in schools. 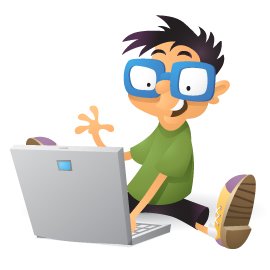 In the 80’s the main seller of computers was Boots the Chemist. They used to sell them in the basement and the kids, unable to afford the kit, used to be able to go downstairs and show off their coding skills which they learnt from magazines. Taking ages to type-up their code, they’d squeeze it in memory and leave it running (hopefully with some code which disabled the BREAK key so your pride and joy could run forever). It was a bit of a “code-off”.

This was probably the most common “program” to be developed:

The result – a “program” that looped forever greeting everyone lurking in the dungeon of Boots. It didn’t take much to impress in those days. If you had the skills beyond making characters scroll up the screen you were considered a wizard.

In those days there were magazines that had pages of code and young people were encouraged to copy the code line-by-line. After a (minimum) of a few hours those children who persevered were rewarded with a graphic (probably “HELLO WORLD” but in a chunky graphical style!). Sad, but rewarding.

But there’s something serious about this note – in those days young people were encouraged to look underneath the bonnet and this opened up (to those captivated) the world of coding. I’ve often wondered how to engage people in the same way now – computers nowadays are so powerful it’s easy to be consumed by their graphical and audio capability. There are many distractions in the social computing arena. The combined social and entertainment capability means that a lot less exposure to what’s driving it all.

To be fair, the computers in those days had none of these capabilities so a bit of coding and seeing the results was the best experience you could get.

So I was pleased to see to see there are people who do more than my pondering. They’ve actively done something about it, and it’s called codeclub. In their words, their mission is:

“Give every child in the UK the chance to learn to code. It is our aim to have Code Club in 25% of primary schools in the UK by the end of 2014.”

Volunteers help by setting up clubs across the country and donating time and knowledge to help children to learn. I am guessing that not all will become programmers but providing a solid foundation of knowledge for those interested will help them secure their future. Considering our reliance on computing and the shortage of good engineers we see this as a great start for children to try their skills early and see if they become hooked.