A Management Buyout typically means adapting your tech strategy to a faster pace. Learn more from these MBO case studies. 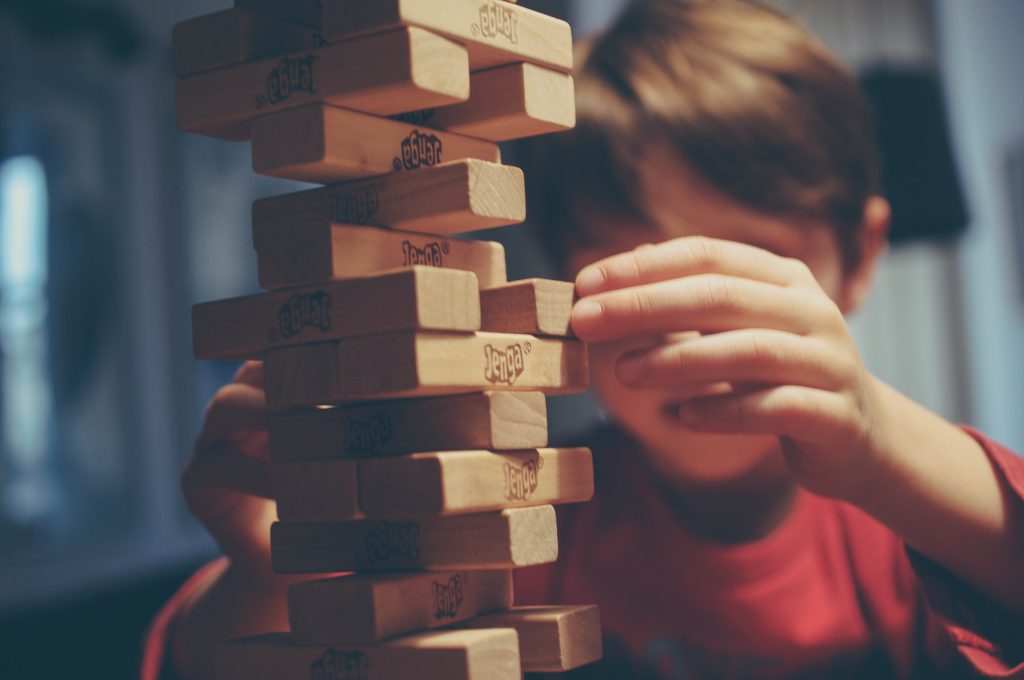 Post-deal issues are painful, especially if they could have been avoided

Your firm has successfully navigated the tricky waters of a management buyout.  Congratulations!  But this isn’t the time to celebrate. Now the hard work begins, and you need to adapt your tech strategy accordingly.

What do you need to do first?

The short answer is to be ready to ramp up the pace and potentially change strategy.

In previous articles, we discussed whether you’re ready for the scaling challenges ahead and to consider the type of investor or buyer you’ll be working with. Now let’s get ahead of the tech strategy and pacing concerns that may be relevant to you post-deal.

Being ready for an uplift in ‘pace’ of technology strategy following a management buyout is often recommended during technology due diligence.

Because we notice many teams do not adapt well or quickly after a deal. We’d like them to maximise their returns for themselves and their investors.

This article focuses on critical areas of scale when investors and tech leaders discuss pre- and post-deal. We are privy to this information from running technology due diligence projects and being on both sides of the table.

If you are interested in the nuts and bolts of scaling, I recommend either of these two books. Reid Hoffman’s Masters of Scale or Verne Harnish’s Scaling Up book.

I believe that if a deep enough understanding of the tech strategy, there are fewer surprises. This will help the long-term ‘marriage’ between the portfolio business and the investor.

As every company and deal is unique, there are challenges generalising this topic.

So I will present three case studies covering early-stage, mid-stage and established companies – the first two being management buyout examples.

This may help you see some of the differences and maybe align with your current situation. I have, of course, changed some of the details regarding the businesses mentioned below:

1. Management Buyout of an Early-Stage Business

In this tech-enabled consultancy, management could not see critical information and data; they could not forecast or make data-driven decisions.

Following the management buyout, the need for this information was vital to develop realistic growth plans.

Management previously tried to address these using consultants with no luck.  To make matters worse, employees had recently rejected the latest transformation of the in-house software products. Plus the senior leadership team were frustrated that the tech leader wasn’t focusing on the right projects.

During technology due diligence, it was clear the tech leader created a platform that contributed towards growth. Enough growth to attract a PE buyer.

But that person was wrong for the next growth stage, which required a much higher level of governance and control.

And the senior leadership’s frustration was warranted. As the tech leader was hands-on and focused on new technology rather than core systems. His decisions led to a highly complicated tech strategy that was far too big for the number of resources.

Why had the employees reacted so poorly to the latest software updates?  The end users were uninvolved in product development and avoided the new system.

Immature, with no formal roadmap and responsive to business needs.

He was perfect for the startup phase and developing an in-house product. But the confusing strategy and business outcomes demonstrated changes were needed post-deal.

Below are some of the key recommendations and rationale we gave for the new portfolio business.

After much debate, it was decided to move from the bespoke platform to a well-known, off-the-shelf product.

Understandably. this had some pushback from the technical team. But the new strategy ensured lowering risk and made sense for the next exit.

However, the technology team was still required to grow, needing to increase by 100%

But the team would focus on revenue-generating ideas and surfacing the correct data for the business.  They also engaged with a software development partner who helped build the new platform.

Mandated with a more straightforward technology brief, the CTO could focus on the critical value drivers for the business. Then ensure that technology was seen as an asset that provided significant benefits to the company.  (It already had been providing said benefits but wasn’t perceived that way).

But this leader needed to learn how to communicate with an institutional investor.

This involved helping him build a solid and clear value creation plan.

Having a complicated change strategy is acceptable, but how does that sum up into something concise and impactful?

This included refining the board pack and public speaking coaching.

The tech team struggled to win senior leadership support when we started the project. So it was good to see him win all stakeholders over on the board.

2. Management Buyout of a Mature Business

This was another business operating from an internal product which had done well to stand the test of time.

The platform wasn’t suitable for moving to SaaS. Which were the desire of the management team and the core to the value creation plan.

The market has evolved, and customers’ needs were far more complicated. So sticky plasters were used to adapt the systems rapidly.

Tech had supported sustained growth. But under-investment in technology combined with uncontrolled change and tech debt resulted in a massive, monolithic system.

If there hadn’t been a management buyout, it’s likely the tech would have hobbled along without change.

Management had built an enormous MVC app with hundreds of complicated screens. There was a lack of cyber-security controls and an inability to use automated testing. This was due to architectural decisions made in the past.

A high percentage of professional services and manual labour were required per customer. Hence as the business grew, so did the need to hire more people.

This meant concerns around scaling and the ability to attract, train, retain and reward a much bigger team.

Plus, as the in-house software was complicated. The training was also an issue as new staff had to learn bespoke, in-house skills that were not transferrable.

A skeleton crew that had done tremendously well.  They were a small, in-house development team but with minimal modern skills.

As the type of company matures, the remedies become less drastic and more focused.

Create a presentable deck. The previous one used during due diligence was long-winded and far too technical. This deck was acceptable pre-deal and would undoubtedly cause confusion and concern post-deal.

Ideally, the tech leader will adapt to new reporting and some storytelling, which can be evidenced through the board pack.

Like the previous example, far more customer engagement was necessary and to increase levels of stakeholder engagement. There had been prior experiences where the business users rejected tech team initiatives, rendering the effort useless and expensive.

Lastly, they had to increase technology governance. Again, finding the right project manager and a fractional CTO was key to this.

Pace: I thought you did that already?

In this example, the deal went through nicely. I was worried about the amount of technological transformation needed to succeed.

But the investors saw an excellent opportunity and were willing to invest to build the next platform.

At the first board meeting, the CTO realised the mood had changed. It wasn’t aggressive, but the board had expected him to be further on in his planning than he was.

Only three weeks in, and he was on the back foot, needing to build a considerable strategy.

And as one investor told him – “I thought you had completed that already?”.  Being on the back foot was incredibly difficult for him to recover from, which he did eventually.

They had a large, expensive international developer team. The investors doubted the need for such a large team and its costs.

Technology due diligence didn’t take place before the management buyout, – the business was doing exceptionally well.

The management team was very established and experienced. But it was a private company and self-funded, so it hadn’t needed the same level of reporting it would for investors.

This resulted in a lack of value attribution in the roadmap. Hence investors can see the money going out but not the benefit. The team already needed to move to a SaaS solution.

High-profile, enterprise-focused web product where customers host themselves.  Large monolithic stack that had developed over a decade.

The large professional services team and this team significantly contributed to the overall revenues. Dependency on customers to host the product themselves, including the costs for underlying products such as SQL server (£££’ s). Competitors were providing a SaaS product with self-implementation options.

There was one area to address, but it was significant:

By now, you see the trend.

Regardless of the business size, the strategy and deck must be adapted into something more meaningful for the investor.

We also helped them improve their approach to M&A of smaller software companies.

Pace: Get down in the Trenches

The team was already fast-paced and ‘investor friendly’ when making changes.  So they were less ‘vulnerable’ compared to the two other examples in this article.  But there were other concerns – inefficient teams and a lack of delegation under the bonnet. There were also problems from the team regarding agile practices and suppliers providing poor value for money.  Identifying these issues helped the team address them and increase the pace from within the trenches. They were making the team more economical and productive.

Regardless of the size of the business and technology maturity, many areas can be re-vitalised to help increase productivity.

This will ultimately make the team more valuable to the business.

A growth investment or management buyout is an excellent opportunity to review your technology team’s current strategy, pace and efficiency.

And if you don’t get ahead of this, the investors will. 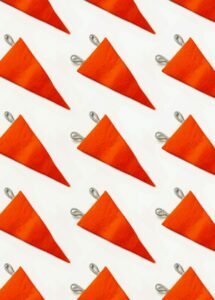 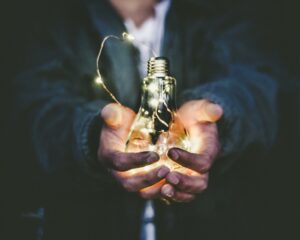 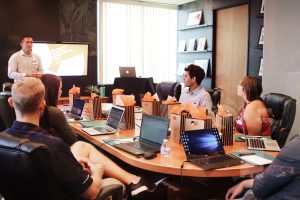 How to Hire an IT Project Manager for mid-cap firms